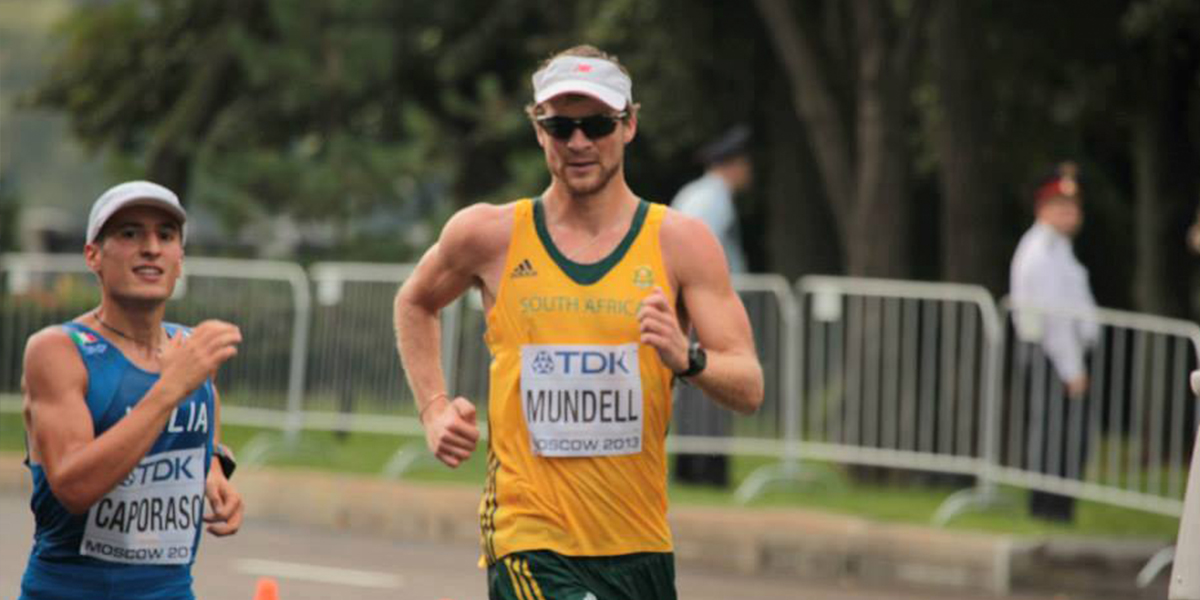 Each year the scholarship – which has a value of CHF 14’950 (50% of the tuition fee) – is available to a current or former athlete who has competed at international levels.

Originally from Hillcrest in KwaZulu Natal, South Africa, Marc currently lives in Alberta, Canada. He began his international race walking career competing at the Pacific School Games in 2000, made his first national senior team in 2004, and has competed internationally in race walking events ever since.

“As a school kid, I dreamt of competing at the Olympics,” smiles Marc. “Ever since watching the post isolation participation of South Africa at the 1992 Barcelona Olympics, and more memorably Atlanta 1996 Games. It consumed my career focus and took me 16 years to compete in London 2012.”

Immersing himself in the world of sport

As well as competing, Marc has immersed himself in the administration and management side of sports.

He achieved his Masters in Sport Sciences at the University of Pretoria, has worked as a sports mentor assisting children identified as future national athletes at the National Performance Centre, held the role of team liaison officer for the USA during the FIFA 2009 Confederations Cup and 2010 World Cup, and worked as the senior sports administrator for University Sport South Africa.

“I’ve always been fascinated by high-performance sport and international team delivery,” says Marc. “I also believe in talent identification and the benefit this could bring to underprivileged communities where talented individuals are not exposed to the international environment.”

Why choose the AISTS Masters?

Marc hoped that his experience as an international athlete, academic background, and work experience in international sport would help him stand out during the scholarship application. And it certainly did. But what attracted him in the first place?

“I loved the idea of an international sports masters with the backing of the IOC,” says Marc. “And of course, located in Switzerland and the Olympic capital. I desperately wanted to prepare for life after international competition and this program provided the best opportunity and exposure.”

Marc was also attracted to the international diversification of the class and the chance to be surrounded by like-minded people all looking to achieve excellence in the sporting world.

But, with Tokyo 2020 on the horizon and all the training that entails, Marc knows it won’t be the easiest year.

“I expect being away from my wife, family and support structures will be a challenge,” Marc says. “And simply being back in an academic environment. But it is going to be very rewarding. Plus, I have found in the past that the busier I am, the more efficient I can become.”

Marc’s ultimate aim is to be immersed in the international sports industry, long after retiring from race walking.

Marc’s dreams for the future

“I want to retire from race walking having fulfilled a childhood dream and achieved all that I am capable of as an athlete,” says Marc. “I want to dream new dreams with my wife and raise children who are inspired to chase their own goals. And I want to work in global international events as a sports consultant, and to ultimately be a chef de mission of an international or Olympic team.”

With dreams as big as this, we think Marc couldn’t have chosen a better place to chase them. We look forward to welcoming him to the AISTS program this September.

FIND MORE ABOUT THE AISTS SCHOLARSHIP