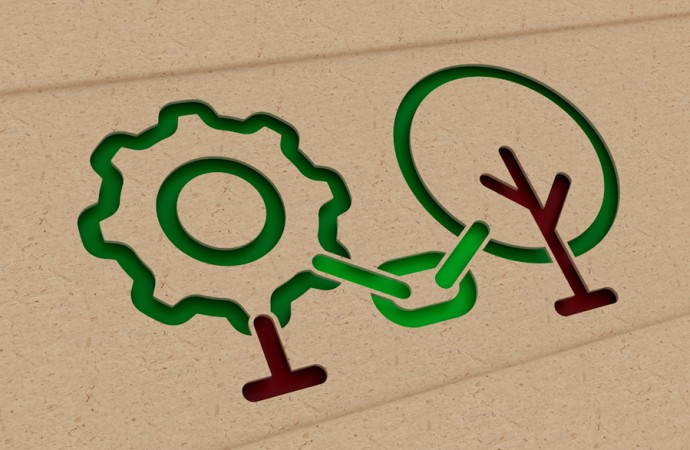 Even the most sustainable organisations can find themselves exposed by the conduct of a supplier. Therefore it’s of increasing importance that they are able to coherently communicate their own environmental and social targets, while making it crystal clear that they expect the same level of commitment, even though – in the case of smaller supply chain partners – the resources may not be there to replicate those ambitions fully.

A Harvard Business Review article penned by Verónica H. Villena and Dennis A. Gioia from 2020 explains that while the purchasing organisation often focuses on top-tier suppliers, the majority of risk comes from lower down the supply chain, with smaller, more local suppliers.

And one of the shortcomings observed by Villena and Gioia in their study was that the buyer (in this case, multinational companies) “cannot communicate” sustainability requirements clearly to their suppliers, “let alone enforce them”.

Formula E, the global electric car racing series, has a similar challenge. According to Julia Pallé, Formula E’s sustainability director, a “gap” of this type has existed between the company and local suppliers. In Formula E’s case, addressing this gap is crucially important as local suppliers are often the face of the company during races, while events are as much about the sustainability ‘edutainment’ aspect as the drivers going around the track.

To get to the root of the problem, Pallé enlisted the AISTS – the Lausanne-based academy of sport science and technology – to carry out some research and map out some recommendations that could help to close the gap in knowledge.

The premise of the research was simple: to identify key actions to be taken by Formula E to make sure its sustainability commitments are known, applied and championed by its supply chain.

“The objective is to develop a strategic supply chain engagement plan to effectively meet Formula E’s common sustainability goals, so that all suppliers (relevant to the event industry) can identify themselves and respect the sustainable development policy of Formula E,” the research paper states. “Engaging with local suppliers in order to build acceptance, consent and support for Formula E’s events.”

Firstly, it’s important to consider what Formula E’s sustainability commitments are. While its raison d’être is accelerating electric car adoption, improving air quality in cities and fighting climate change, the organisation’s operational sustainability actions go beyond that, and can be broken down into three pillars.

That’s quite a lot of information to communicate to a number of small local companies. To see if they could remove some of the complexity for Formula E, the AISTS research team carried out interviews on-site during an E-Prix in Marrakesh, Morocco, and talked to other leading event organisers in a bid to carve out a benchmark of some kind.

During the latter, the team spoke with representatives from the Paléo Festival, Roland Garros, Lollapalooza Santiago, the Winter Olympic and Paralympic Games Pyeongchang 2018, and the Olympic and Paralympic Games Tokyo 2020, where they discovered good practice, such as the creation of sustainability information sessions for suppliers and volunteers (Paléo Festival), a sustainability guidebook for suppliers (Roland Garros), local supplier carbon footprint surveys (Lollapalooza), and the development of a sustainable sourcing code (Tokyo 2020).

Using these practices as a reference point, and after determining that Formula E’s engagement with local suppliers was “not optimal” during the research trip to Marrakesh, the AISTS team defined a number of recommendations.

A strategic communication plan, that focuses on local agencies and local suppliers to “create better interaction and communication” with Formula E, was put forward with seven recommended steps: a sustainability observer, a webinar, pre-race information sessions, an accreditation card, a sustainability trophy, a checklist, a debriefing, and a final report.

The sustainability observer is a dedicated role for a person to oversee and guide the local supplier according to Formula E’s wider sustainability objectives. The person, who could already be employed by the local agency, would be educated by Formula E’s sustainability department, and would therefore be responsible for putting together a report following the race with feedback and recommendations.

Webinars and pre-race information sessions should be devised as educational opportunities, the AISTS recommends, while the accreditation card used by suppliers should include a “sustainability infographic” on the back to keep the subject top of mind.

Pallé explains that the recommendations are currently being reviewed within Formula E as part of the development of a “long-term roadmap” by the procurement and sustainability teams.

“The sustainability of our procurement and how we engage with suppliers is one of our key focuses currently,” she tells The Sustainability Report.

“Sustainability is included in all Due Diligence questionnaires to suppliers. Our suppliers are robustly assessed on-site to ensure satisfactory execution and KPI meeting. Now, we are looking into delivering sustainability training to key contract managers, because one of the difficulties with the supply chain is that we don’t want to overly manage them without understanding the specificities of some of the products.”

Global suppliers already have sustainability KPIs within their contract, so that if a commitment is not fulfilled they don’t receive a portion of the payment.

One area in which Formula E will be guiding suppliers in the coming months and years is around science-based carbon reduction targets, which the championship has adopted and, essentially, commits it to reducing its climate impact in line with the Paris Agreement.

Pallé explains that she’s not keen on enforcing science-based targets on suppliers immediately, but with 80% of Formula E’s carbon emissions coming from scope three (which includes purchased goods and services), she acknowledges that the supply chain will need to “evolve” to help it reach its targets.

“We will take a long-term approach to this explaining what our carbon reduction targets are and try to work with our suppliers and to find out how we can do that with their products and services,” says Pallé. “After a few more seasons we could then set some specific science-based reduction targets corresponding to what we’re trying to achieve ourselves.”

This article is written and published by Matthew Campelli, a founder and editor of The Sustainability Report.