AISTS CELEBRATES THE WOMEN OF 2017 – OUR FUTURE LEADERS IN SPORT. 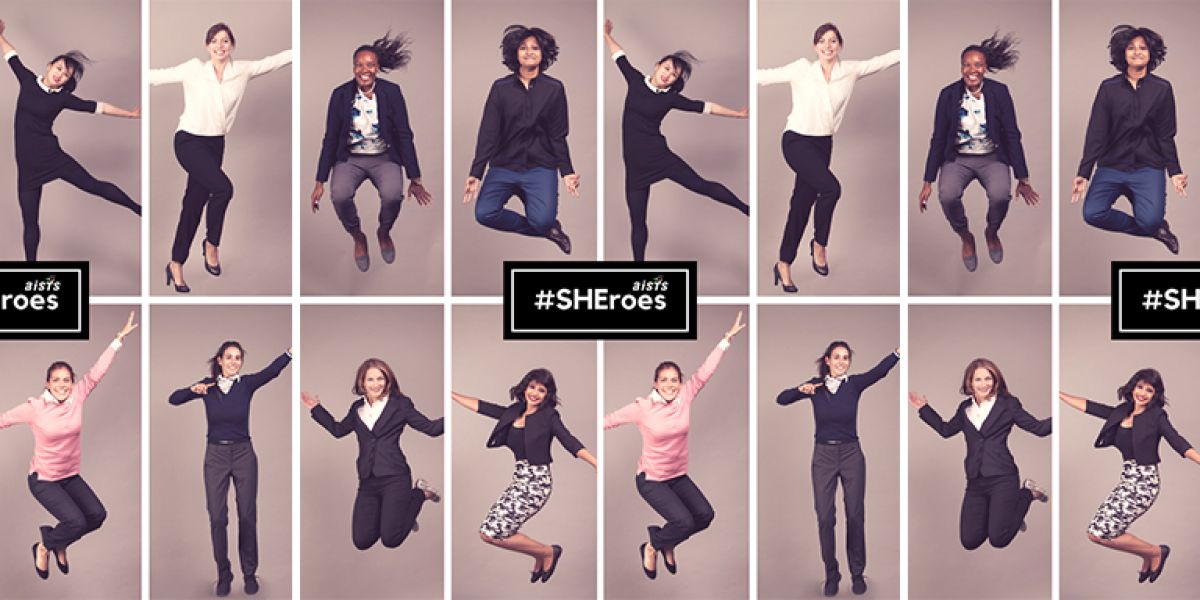 AISTS CELEBRATES THE WOMEN OF 2017 – OUR FUTURE LEADERS IN SPORT.

Today marks International Women’s Day, a global day celebrating the social, economic, cultural and political achievements of women. This day also marks a call to action for accelerating gender equality in business, in sports and in society.

Gender equality in sports has always been a controversial topic. Although gender equality has come a long way, including UNESCO recognizing sports and physical activity as a human right in 1978, it still hasn’t come far enough. Now more than ever the need to increase the presence of women in sports leadership is crucial.

Here at AISTS we are celebrating the women of the class of 2017 and encouraging them to strive forward and break down the barriers which seem to still be holding firmly in the sports industry in regards to women in management.  We have some supersonic “SHEroes” in our class this year who are striving to be their best and make an impact on sport and we spoke with a couple of them today and asked them about their thoughts on women in the sports industry.

“I believe women should be part of leadership teams in sport organisations in order to inspire other women and create positive change through and in sport.”

“As a former French elite athlete in Karate (Katas specialist) my dream has always been to work for the Olympic Movement and this is why I joined the AISTS programme – to learn from the best and become a leader within the sports family.  I am glad to be part of this fantastic academic programme, which I highly recommend to all top international female athletes who want to broaden their horizons and gain meaningful experiences in international sports organisations.”

“As a marathon runner, I know that sport is a challenge. As a woman in sports, I’m ready for my biggest race yet… who knows, maybe the IOC presidency.”

As an organisation we are trying to create paths for progress with the AISTS Future Female Leader in Sport scholarship.  This scholarship aims to encourage the development of exceptional leaders, in particular female leaders who are noticeably under represented at the critical decision making levels in sport.  Previous scholarship holders include Otonye Iworima from Nigeria, Carolina Ahumada from Columbia and others.  The next AISTS Future Female Leader in Sport scholarship will be announced shortly for the next MAS class.

Not only though is it important for women to be encouraged, we believe it is important to have men encourage women to become leaders.  Eduardo Cerdán, MAS 2017 class participant says “Sport is a powerful tool for women’s empowerment and the participation of female athletes at amateur and professional levels keeps growing year after year, worldwide. Women bring a fresh vision to sport, at all levels, which makes the AISTS MAS a much richer experience. I am sure my female classmates will become excellent sport managers in the near future, because they are intelligent and determined, focused on success”.  And Alexandre Dias, MAS 2017 class participant, added that “Women are natural leaders. They have a special ability to deal with challenging issues.  I hope to see the women from AISTS leading sports organizations all around the world in the near future”.

“I may not have changed the world as a journalist but I did manage to create ripples, and now is my time to emulate that into the world of sports.”