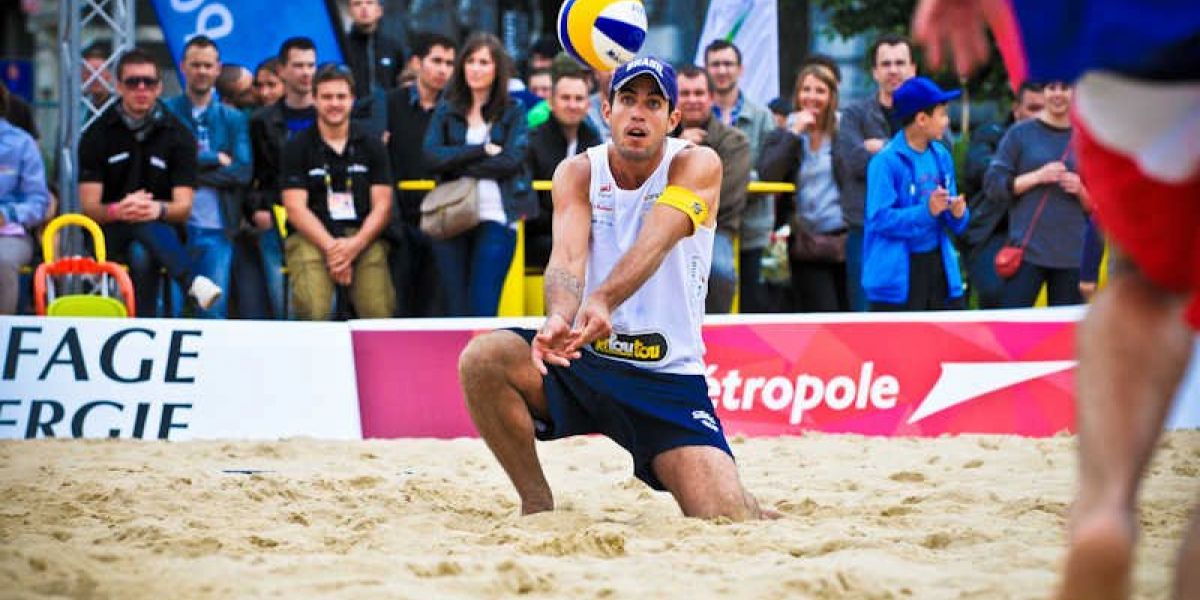 The AISTS has awarded its 7th Athlete Scholarship to 31-year-old, Roberto Lustosa Pitta from Brazil.

Roberto was a professional beach volleyball player for ten years playing internationally and was 2 times South American Champion, Rookie of the Year on the Brazilian Beach Volleyball Tour, a Continental Cup Champion and got the bronze medal at the World Military Games.  He also played in numerous National and World Tours as well.   Once Roberto decided to retire from playing his main objective was to develop sports in Brazil.  He had the opportunity to work at the FIFA 2014 World Cup and at the 2016 Olympic and Paralympic Games, both in Rio de Janeiro, his hometown.

The 2014 FIFA World Cup was my first experience behind the scenes and it was an incredible debut, but the 2016 Olympic and Paralympic Games was a spectacular journey.

And then the Rio Olympic and Paralympic Games were a spectacular journey. Roberto spent one year and three months with the Local Organizing Committee, involved with planning and execution on the Venue Protocol team.  Both these events gave Roberto a really good basis to start working within the sport management sector, and the experience he gained was invaluable. Nowadays Roberto has a partnership with a sport entertainment company, and it is a lot of fun working on various events including judo, soccer, beach and indoor volleyball, basketball and athletics.  We recently interviewed Roberto and asked him a few questions about his upcoming move to Lausanne.

AISTS – What has been your journey that has lead you to the AISTS?

First of all, after I quit being a professional athlete, I was still pretty sure I didn’t want to abandon sports totally, and I have really appreciated being involved with the Olympics. It was an amazing feeling to be part of the Rio Olympic and Paralympic Games, so when I heard about the AISTS MAS programme and its connection with the IOC and the Olympic movement I had no doubts at all about applying. I want to make my way as a sport manager and I believe AISTS is the best way of accomplishing that. Pedro Cunha is a current AISTS participant and has been a good friend of mine for years. We talked a lot during my decision making process.

AISTS is based in the center of the Olympic movement. If someone wants to work in sports, this is the place to be. Another strong positive point is its connection with the IOC and the International Federations. And as Ive heard the programme has numerous lectures from professionals of different segments of the sports industry, and this is awesome! Getting to know people from all over the world who share your vision about sports is really exciting.

AISTS – What importance do you place as an athlete on career transition?

Career transition in an athlete’s life is super important, even though most athletes don’t prepare themselves for it. You can get really lost if you don’t start thinking about it before you retire from competition. The only way of doing it successfully is through education. It doesn’t matter which field you have chosen to work after you quit being an athlete, you need to get prepared. Years of dedication to your sport is not going to be enough. There is a quote from Bernardo Rezende, Brazilian volleyball coach, in his book that says: “Your desire on preparing yourself must be bigger than your desire of winning”. So, if you can start specialising yourself in your last few years as an athlete, it will make your career transition a lot smoother.

AISTS – In what direction do you see yourself going, at the moment, after you complete your degree?

After completing the AISTS MAS programme I would love to work within a federation or organising committee or a company that sponsors sport. The most important thing for me however is to feel that I am contributing to the sports community.  Working with sport events has been very special for me and I believe there is a lot of space for creativity there, and this really attracts me. To transform the spectator match day experience, aligned with sponsors and the other stakeholders is really exciting and brings an infinite number of possibilities. With that being said, a job that enables me to combine both sport with entertainment would be my dream job.  I look forward to beginning this journey in September.